If agri-voltaic projects were to be installed on 1% of Europe’s agricultural land, a power output of over 900GW would be achieved.

PNRR has earmarked a total of EUR 2.6 billion for photovoltaics in agriculture, highlighting how this mode of electricity production can represent a concrete way forward for decarbonisation.

This fund is divided into two categories:

The latter, namely technology that brings together and integrates energy production and agriculture, has several benefits

AgriVoltaic, each crop has its own solution

The implementation of an agri-solar system involves detailed planning of various aspects. It is important to identify which crops are most suitable for photovoltaics and, once identified, which type of solar system to use according to the crop.

Depending on the crop, it is possible to design the system in the best possible way, e.g. with only partial covers. Different plant configurations and modules must be thought out for each specific area and culture. The relationship of the installation to the landscape is also important.

An interesting example is the cultivation of blueberries and raspberries, which do well with alternating light and shade, and the roof panels reduce evaporation by about 1/4 compared to open field plants.

The two main configurations, identified in the position paper, concern an elevated and an inter-row agri-voltaic. 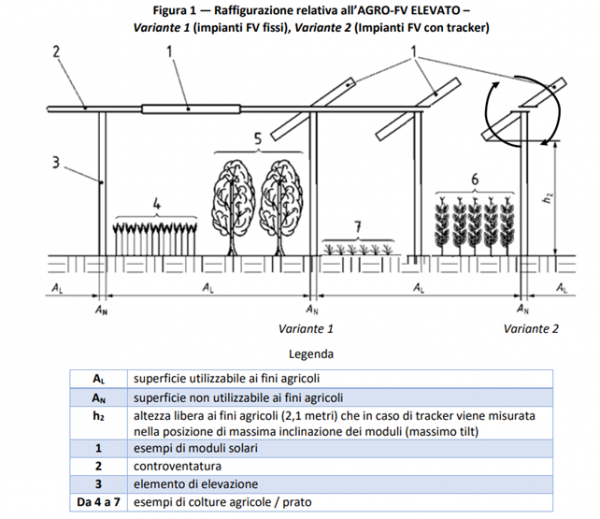 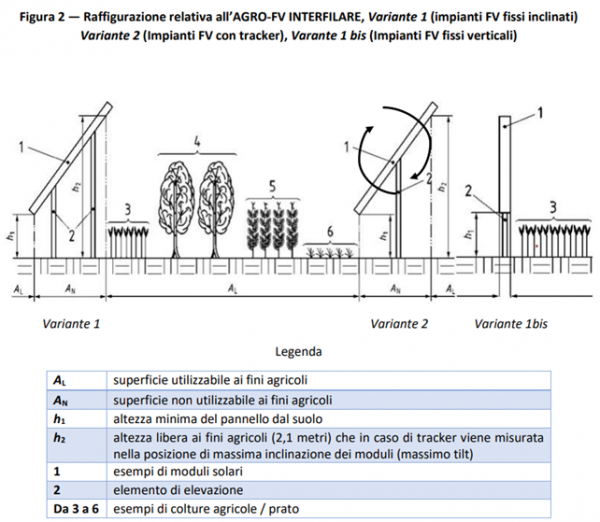 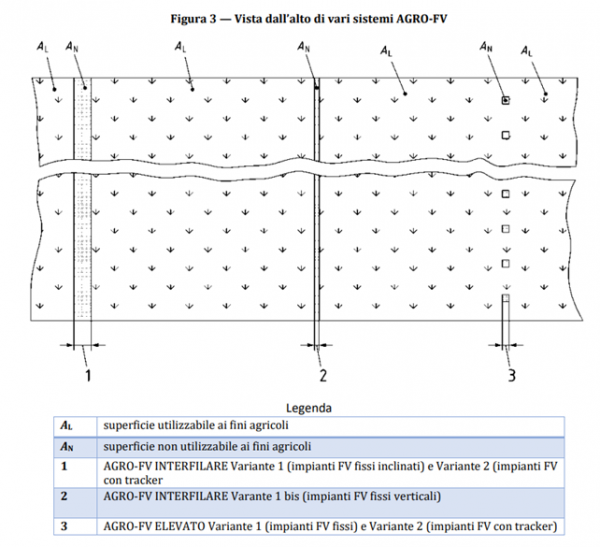 In order for agri-voltaics to reach its full potential, it first needs to be defined by the legislator in its many aspects, and then boundaries are needed within which to move from the point of view:

Such legislation, currently lacking, would require a dialogue between the two sectors involved, agriculture and energy.

A multidisciplinary culture will be needed and standards will have to be developed to define the two lines of development in the near future: